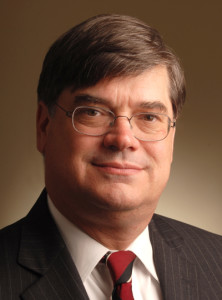 John Thorpe Richards, Jr., began his career as a Law Clerk to the Honorable Albert V. Bryan, Jr., then Chief Judge of the United States District Court for the Eastern District of Virginia. After being elected as a partner at an Am Law 100 firm, Mr. Richards founded Trout & Richards, PLLC in 1996, and was a member of that firm for over 18 years. He founded his current firm in 2015.

He is a permanent member of the Judicial Conference of the United States Court of Appeals for the Fourth Circuit, and member of the Lawyers Club, and the Barristers.

Mr. Richards has been rated AV Preeminent by Martindale-Hubble, and is listed in Best Lawyers in America in the field of Commercial Litigation.

Mr. Richards is a member of the Corporate Advisory Board of the Tuberous Sclerosis Alliance.