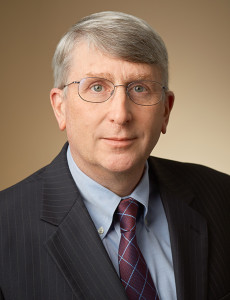 Stephen A Bogorad has been practicing law since 1983. Before joining the firm in 2016, Mr. Bogorad was a litigation partner at an Am Law 100 firm for more than twenty years, and for more than a decade he served as a professional responsibility partner of that firm counseling and representing the firm and its lawyers with respect to ethics rules and risk management issues.

Mr. Bogorad has represented clients in a wide variety of business disputes including professional liability claims, partnership and shareholder disputes, real estate litigation, and bankruptcy and creditors’ rights litigation. He is admitted to practice in the state and federal trial and appellate courts in Virginia, the District of Columbia and Maryland, and has first chaired bench and jury trials in all three local jurisdictions and in other courts.

Mr. Bogorad has been rated AV Preeminent by Martindale-Hubbell. He is listed in The Best Lawyers in America guide, Bankruptcy and Creditor-Debtor Rights Law/Insolvency and Reorganization Law; Litigation – Bankruptcy, 2007-2016. He is also recognized in the Washington D.C. Super Lawyers magazine, 2013-2016.